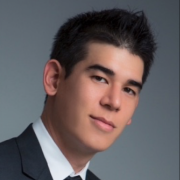 Ongoing updates of Google’s algorithm are merging the borders between AdWords and SEO. Where once upon a time a high Quality Score could be attained simply by having your AdWords keyword mentioned on the landing page of your ad several times or in an H1 or H2 Heading, things are now much more complicated.

Two months on from the roll-out of Google’s “Enhanced” Campaigns we can look back and reflect of how the changes have affected campaign performances. Google has been pushing the benefits of these campaigns, encouraging AdWords users to switch to the new format before they make the switch compulsory for all users later…Read More

The team here at Ads On Google are happy to announce the launch of our brand new website as of April, 2013. So far this year has been an exciting time for everyone here and we will be looking to kick things off with a boom in the months to come!

No comments by Jay Martin